The Hawaiian Civic Club movement is the fulfillment of a dream for Prince Jonah Kūhiō Kalaniana‘ole. In 1895 he joined Queen Lili‘uokalani to help re-establish her government that ended unsuccessfully. Prince Kūhiō served as delegate to the U.S. House of Representatives from 1902 to 1922, during which time he secured congressional funding for Pearl Harbor and Hawai‘i National Parks; represented the Territory of Hawai‘i; introduced the first statehood legislation; and fathered the Hawaiian homestead program through enactment of the Hawaiian Homes Commission Act in 1921.  He strongly desired that Hawaiians would know more about government and the community at large to carry on the tradition of civic responsibility that he felt was vital to the development of Hawai‘i and its people for a better way of life.

John Lane, John Wise, and Noah Aluli were among those principally involved in the planning and formation of the pioneer Hawaiian Civic Club that began in 1917 to support initiatives that benefit the native Hawaiian community. This resulted from Prince Kūhiō’s concern over the decline in spirit and devastating spike in the mortality rate of the Hawaiian people, and the fear that they would not have the educational skills to protect their interests. Specifically, Prince Kūhiō believed that the future of the Hawaiian community and its people could be protected and promoted only through an organized effort by Hawaiian leadership. He believed that the Hawaiians should help their young people secure an education that would enable them to compete successfully in the new cultural environment introduced to Hawaii in the 19th century. Thus, the Hawaiian Civic Club was formed with the objective of providing scholarship aid for the education of Hawaiian students; of preserving and promoting the Hawaiian heritage, traditions, language and culture; of promoting and supporting organizations interested in improving the conditions of the Hawaiian people and community at large as well as legislation beneficial to the Hawaiian community; and of perpetuating the values that dignify all human life, which are the moral and ethical foundation of our cultural expressions that comprise a unique, rich and enduring legacy of the first people of Hawai‘i nei.

Jonah Kūhiō Kalaniana‘ole, defined by his name as a “royal chief without measure,” created a legacy for Hawai‘i that is renowned, remembered, and revered today. He is the founder of the Hawaiian Civic Club movement.

In his lifetime he was a royal protégé, a prisoner, a politician, and most important, a prince of the people. Kūhiō was the youngest child of High Chief David Kahalepouli Pi‘ikoi and Victoria Kūhiō Kinoike Kekaulike (the sister of Queen Kapi‘olani), born on March 26, 1871 in Kōloa. Kūhiō, along with his brothersDavid Kawānanakoa and Edward Keli‘iahonui, was educated in Honolulu and in San, Mateo, California.

Kūhiō continued his studies in England and earned a degree in business.

King Kalākaua and Queen Kapi‘olani, to assure the continuity of the Kalākaua dynasty, adopted their nephews, Kūhiō and Kawānanakoa, and named them princes by royal proclamation in 1884. 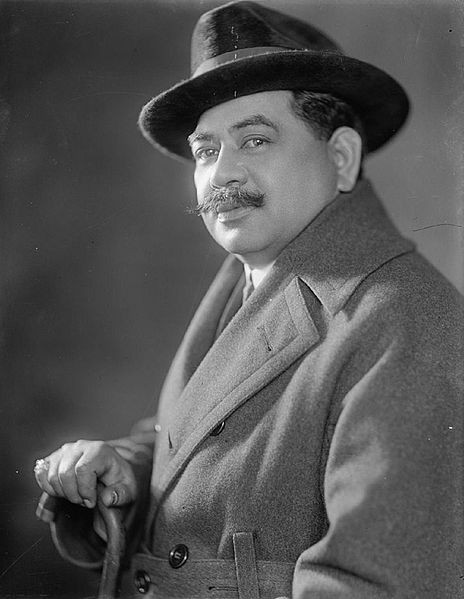 Kalākaua also sponsored Kūhiō for a year in Japan with hope that he would marry a Japanese royal to solidify ties with that nation. The prince returned home (unmarried), and served on the royal cabinet as the minister of the kingdom’s Department of the Interior. In 1895, following the overthrow of Queen Lili‘uokalani, Kūhiō took part in a counterrevolution led by Robert William Kalanihiapo Wilcox against the Republic of Hawai‘i. The prince was charged with misprision of treason and served his sentence of one year in prison. During his imprisonment, a Maui chiefess, Elizabeth Kahanu Ka‘auwai, visited him each day, and after his release, the two married on October 8, 1896. Kūhiō and his princess left Hawai‘i on a self-imposed exile and traveled extensively through Europe. In 1899, the prince served in the British Army in the Second Boer War against the independent Boer (Dutch-settled) republics of Transvaal and Oranje Vrijstaain in southeast Africa. Kūhiō returned home and engaged in the politics of post-annexation Hawai ‘i. He was active in the Home Rule Party, while his brother Kawānanakoa led the Democratic Party. At the time, the Republican Party mainly represented the business interests of those responsible for the overthrow. Nonetheless, the prince joined the Republicans in 1901, and by doing so helped his new party gain significant support from Hawaiian communities. In 1902, Kūhiō won a landslide victory and unseated Robert Wilcox (of the Home Rule Party) as Hawai‘i’s nonvoting delegate to the U. S. Congress. He was sworn in to the Fifty-eighth Congress on March 4, 1903, at the age of 31. Kūhiō won a total of ten elections and during his 19- year tenure in Congress was effective in building alliances and coalitions with colleagues who had the privilege of a vote.

As a statesman, Kūhiō shaped the foundation for Hawai‘i’s modern government structure. For example, he was responsible for instituting the county system still in place today, and he sponsored the first bill for statehood for Hawai‘i in 1919. The prince is better known for advocating the passage of the Hawaiian Homes Commission Act by Congress in 1921. He was so committed to supporting the rehabilitation of his people and is attributed with the following quote: “The Hawaiian race is passing. And if conditions continue to exist as they do today, this splendid race of people, my people, will pass from the face of the earth…”

The legislation proposed seeks to place the Hawaiian back on the soil, so that the valuable and sturdy traits of that race, peculiarly adapted to the islands shall be preserved to posterity.” There is evidence in local newspapers as early as 1912 showing support in the Hawaiian community for a homestead program that would reverse the dire state Kūhiō observed. The Hawaiian Gazette reported that a hui of women “had a desire to go back to the soil, build little homes, cultivate the land and raise their families upon soil that they could call their own.”

Challenged with lack of support of the Governor of Hawai‘i and fellow congressmen, Kūhiō formed the Hawaiian Civic Club to mobilize his Native Hawaiian constituency. He wanted to form a group of Hawaiians who would dedicate themselves to help elevate and promote their social, economic, civic and intellectual status, and become outstanding citizens and leaders in their communities. This movement started in 1918, and has evolved into the Association of Hawaiian Civic Clubs, an organization that is still very active in the advocacy of political issues that impact the Hawaiian community. In July 1921, President Warren Harding signed the Hawaiian Homes Commission Act and created the Hawaiian homestead program we know today. Although the final act included a 50% native blood-quantum requirement (Kūhiō preferred no such requirement) and a provision for leased land instead of granting fee-simple parcels, this program would still help the Hawaiians who most needed it. Kūhiō served on the first Hawaiian Homes Commission, but passed away on January 7, 1922, before the first homestead was settled at Kalamaula, Moloka‘i. Today, more than 10,000 Hawaiian families live on homestead lands still administered by the Hawaiian Homes Commission. Jonah Kūhiō Kalaniana‘ole is memorialized for his leadership, his tenacity, and his commitment to elevate his people, and this legacy keeps Kūhiō in the hearts of Hawai‘i as Ke Ali‘i Maka‘āinana, a prince for our people.